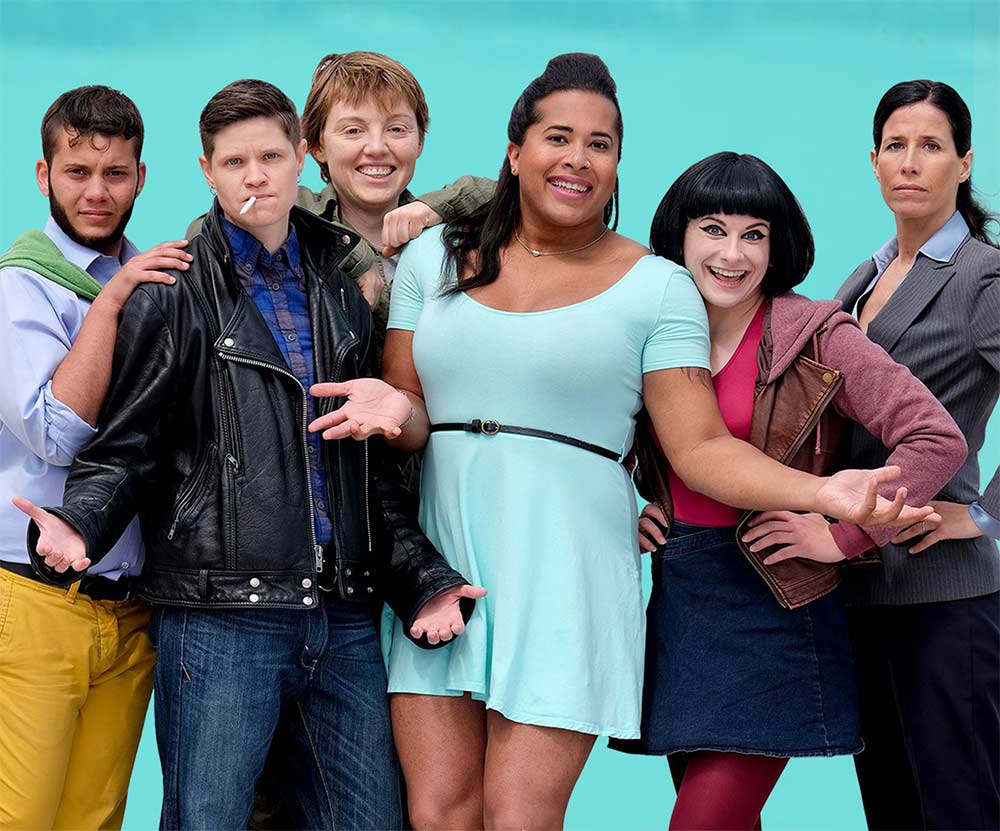 There's Something For Everyone to love about The Switch.

The Switch is the world’s first transgender sitcom in the history of television. No - really! Not only that, but it features transgender actors in transgender roles. And not only that, but it’s damn funny. What do you get when you mix contract killing, teenage blues, LGBT rainbows, weirdness, and a murder mystery? Welcome to East Vancouver! It’s the home of marginal living, social inequity, and Craneview Place, a former industrial site that is almost safe for human habitation. Meet some intriguing folks you might glimpse at the bus stop and not usually think think twice about. Each is coming out of their cocoon, but what’s emerging and how will the world deal with them?

Over six episodes, the story follows our characters as they try to solve whatever crises they encounter - or created. Our lead Sü botches the metric system while shopping for hormones online and winds up more than broke, then tries to pay off debts by moonlighting as a text-message dominatrix, until her boyfriend suspects she’s texting her ex, so she sets up a double-date, which leads to a fistfight over the bill, and before you know it, someone is trying to mess with her medical records, which is a problem because she’s already fudged her paperwork to be considered for gender reassignment surgery, and now she has to fix this without getting deported, while her roommate is still a wanted eco-terrorist - and that’s just one character.

The Switch is produced by Trembling Void Studios. Political humourist Amy Fox is the series’ showrunner, co-writer, and co-star as Chris, the wanted eco-terrorist. Trembling Void funded the series’ first season through a Kickstarter campaign in 2014. They then developed an 8-month intensive actor training program to develop trans talent locally. In the end, only two of The Switch’s ensemble cast were brought in from outside Canada (Nyla Rose and Lindsay Coryne). Trembling Void shot all six full episodes over five and a half weeks in the spring of 2015, after turning a South Vancouver warehouse into a studio.

Airing on Canadian Cable in 2016, The Switch was the first scripted TV show with a trans star.  Now it’s launching on iTunes, Amazon Prime, Google Play, Revry, Vimeo On Demand. The Switch has received recognition, accolades and press from both inside and outside of the LGBT community, including but not limited to The Hollywood Reporter, Bustle, FTMag, GLAAD, and CBC. Daily Xtra also featured us in 2015..